After "doubling" the Cape, we come across small inlets hidden in the rocks, from which stands out one of the most beautiful beaches of Portugal - Ribeiro do Cavalo. Continuing along, we arrive at the Harbour, giving on to the bay of Sesimbra and the sandy beaches of Ouro, California and Fortress of Santiago in the middle.

As we make progress and begin to notice the outline of a rock formation that resembles a big step over the sea, the Chã de Navegadores, we also see the outlines of ancient structures to support the fishing frames that existed along the coast. Further up stands the wall of the São Domingos da Baralha Fort, built in the seventeenth century. Despite severely rundown its grandeur is impressive. 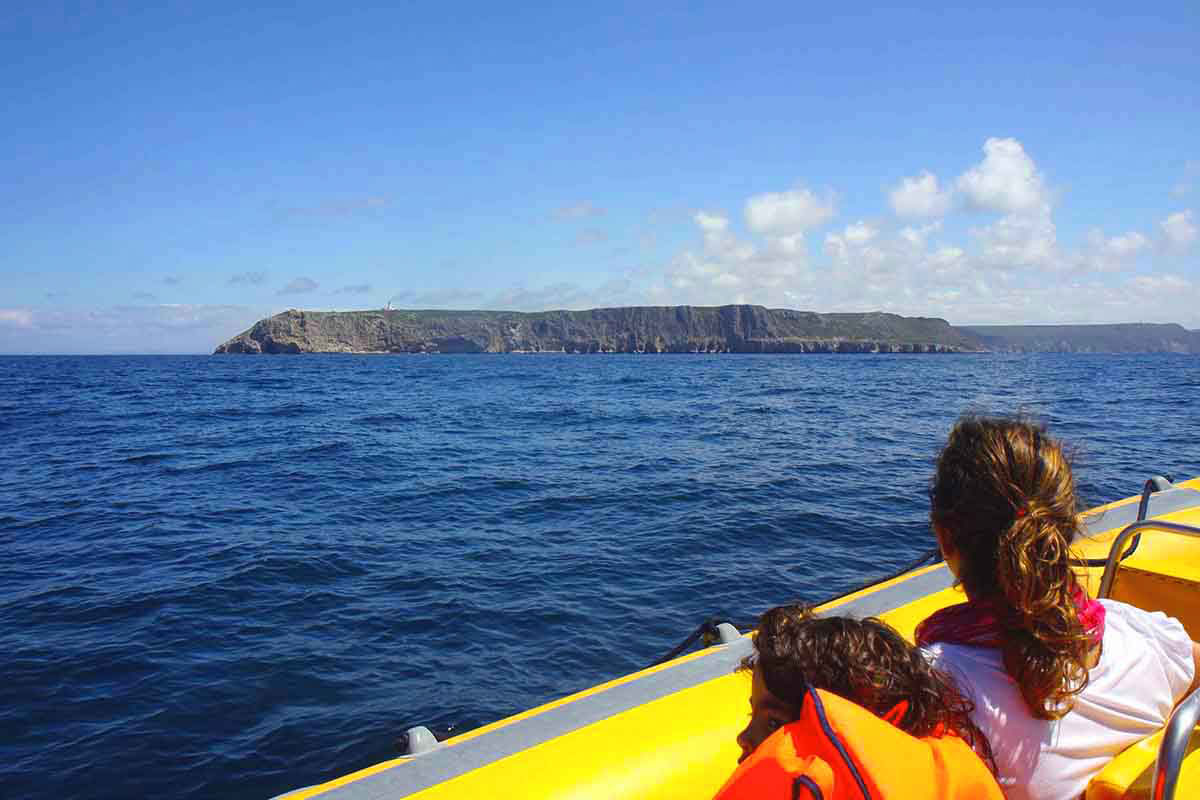 After a short stop we return to the track and continue towards the starting point of the route. We turn west, towards Azoia, in search of Baleeira Beach. Without a guide we probably wouldn't find the path, but this way, we instantly head down, this time with a paradisaic view as backdrop. The transparent waters, the small white pebbled beach, the dark rock and vegetation make us feel in harmony with nature. The place is perfect for another stop, this time with a refreshing swim. 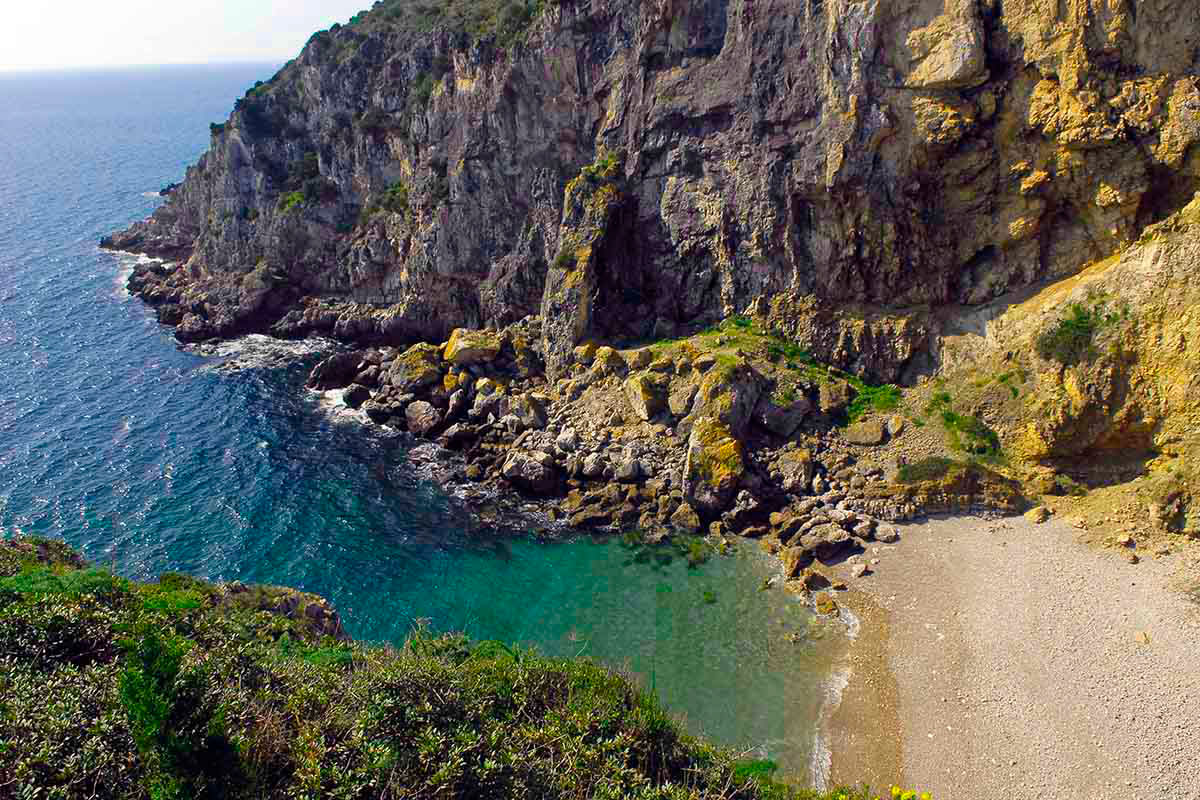 Up to Ribeiro do Cavalo

The climb is naturally hard. We return to Baleeira street, heading towards Azoia. Below, at the bottom of the cliff, other small beaches of great beauty lie hidden from sight like Nova Baleerira and Cremesines, but we resist the temptation. We head down to Vale do Covo, where we find the paths that lead us to the beaches of Vale do Covo, Penedo, the only one with black sand, Inferno and Cova da Mijona. Due to the fatigue and late hour we settle for the view. 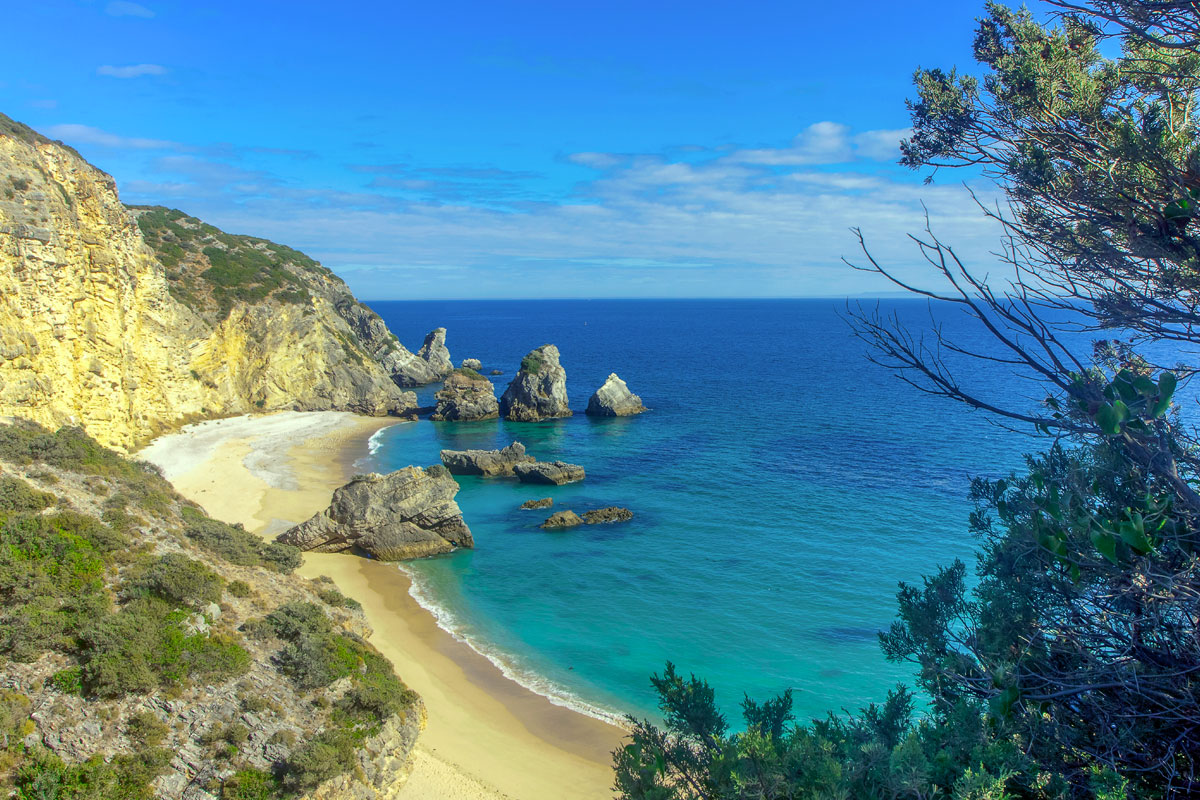 We continue east because we know that we are near Ribeiro do Cavalo, one of the most beautiful beaches. The white sand and turquoise water are just like the photographs and give us a sense of being in a tropical destination.

The Bay of Sesimbra

Water is again an invitation, but we prefer to go up to the road that leads to Sesimbra. 500 meters later we see the bay. We head down to the Harbour and keep going. Next to Monte dos Vendavais appears the Ouro beach, which next to Blue Flag, displays the symbol of Accessible Beach and Golden Quality Beach. It is one of the most sought after beaches, especially by families with children. The elderly have a saying, that in Sesimbra the sea takes care of the little ones. The Fortress divides the beach, and on the east, the new marginal leads us to California beach, with the fourth blue flag of the municipality. 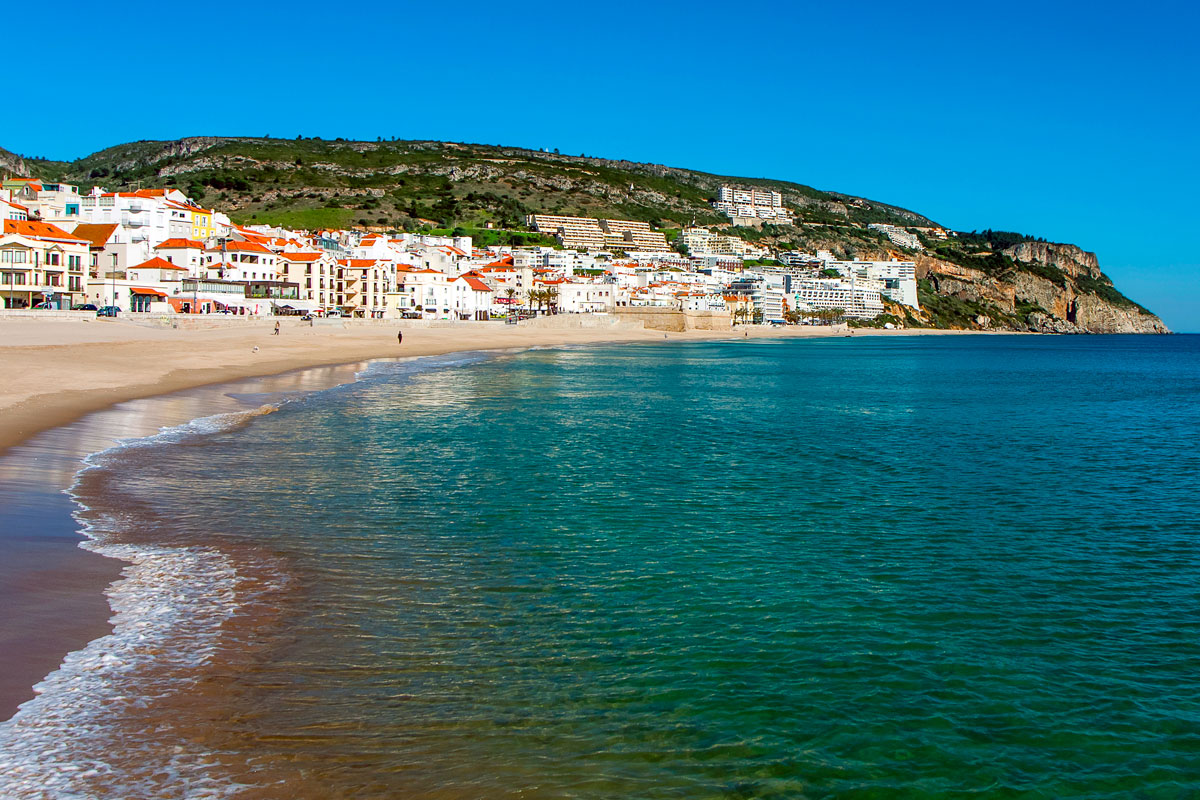 To continue along the sea we would have to walk up the Argéis road and enter a winding path in Serra do Risco, which would lead us to Calhau da Cova, cove where there traces of fishing sheds and traps. A little further afield we would find the highest sea cliff in Europe. It is at this point that ends the south coast of Sesimbra, which is exactly 26.701 kilometers long. As it is a very difficult path, we have decided to postpone it for an upcoming trip and remain at California beach where the sea was irresistible. 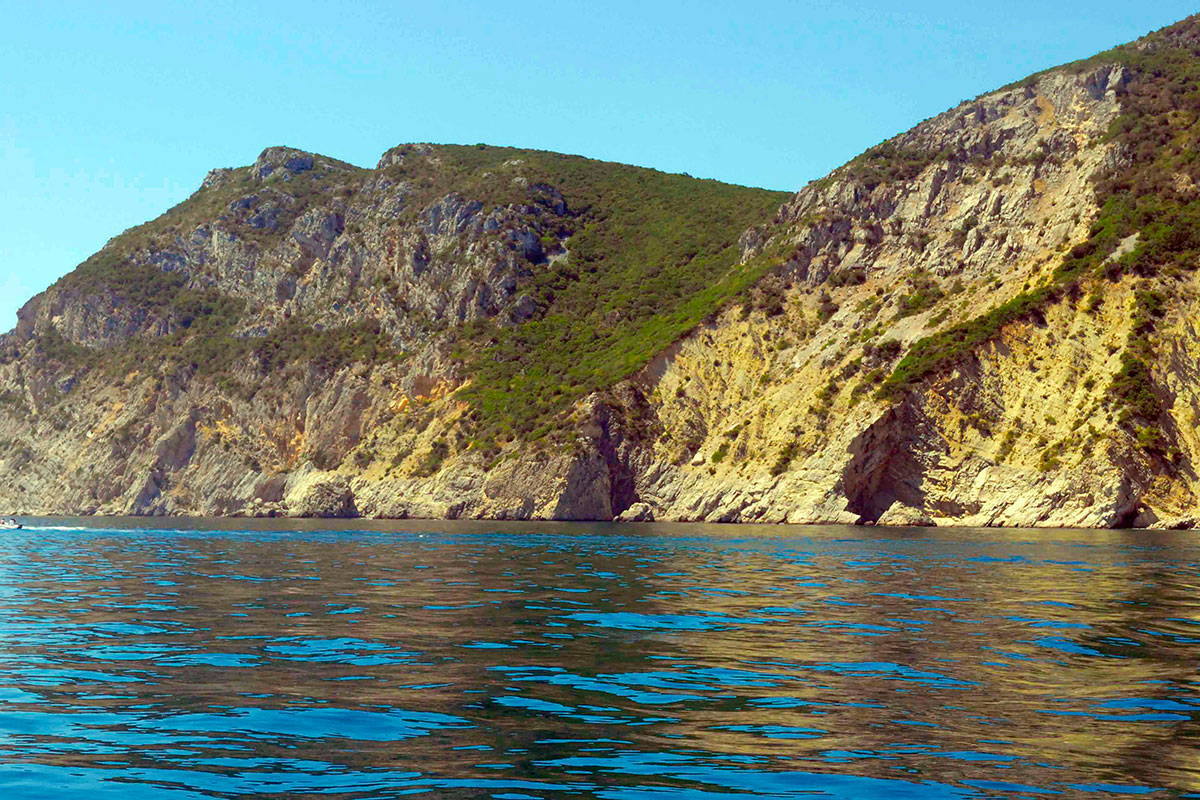