The museum exhibits a rich heritage linked to the sea and fishing,  largely the result of working closely with the fishing community. A 5000 year old anchor stock associated with navigation in the Roman period and a set of hooks and net weights dated between 2500 and 200 BC are the oldest artifacts in exhibition, and transport the visitor back in time to meet the various peoples who passed through the territory, as well as their strong relationship with the sea. 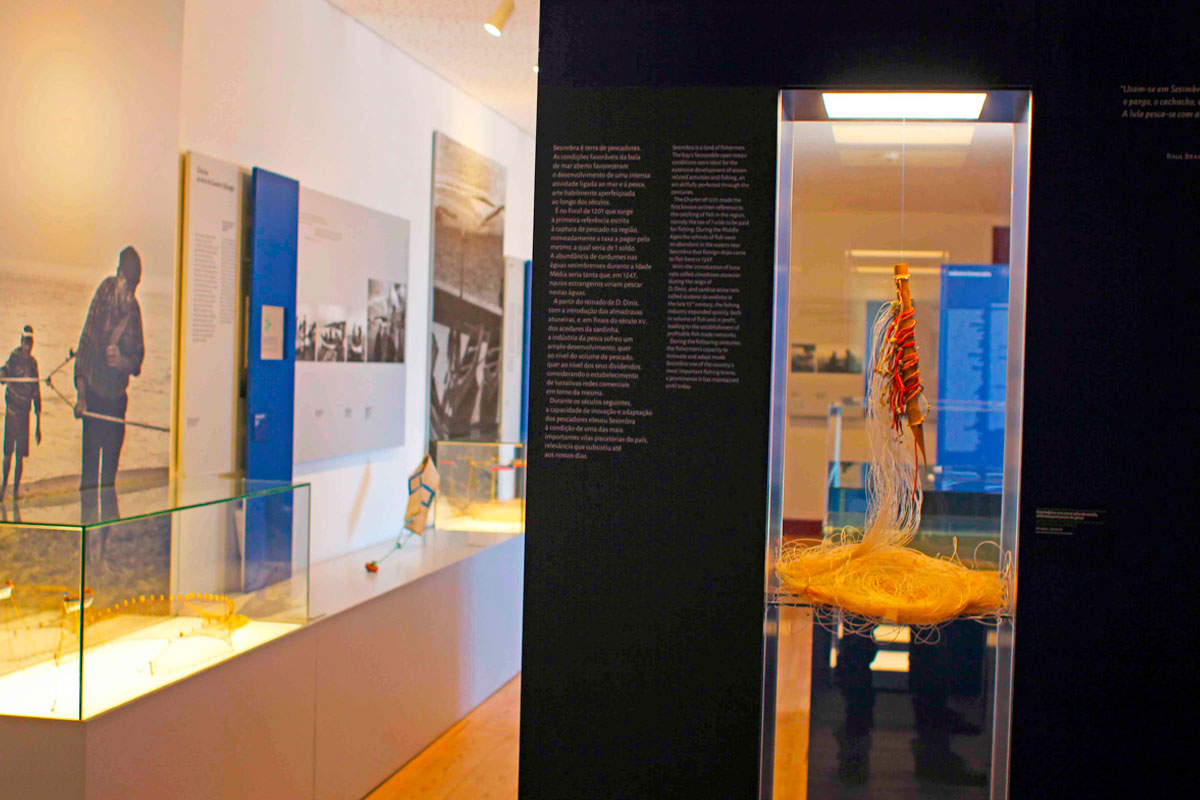 How Sesimbra’s fishermen travelled, their devotion to the sea and seafaring, the various fishing gear, the Parque Marítimo and King D. Carlos are some of the subject areas that occupy the various areas of the site. Many of the exhibits were provided by Sesimbra fishermen or their families  and belonged to vessels or fishing stores. Some of the models were made by local  authors, and much of the available information was compiled and worked in collaboration with our seamen, people of immense knowledge. Furthermore, using new technologies you can query a database about our fishermen, their main fishing routes and fishing grounds.

The museum is divided into themes that occupy several areas of the Santiago Fortress, an emblematic building, also connected to the sea, which through this model becomes an "exhibit" of the Museum itself.

The reception is located next to the Tourist Office at the monument entrance. After purchasing the ticket and being informed about the context, visitors can circulate through the various areas and choose how best to organize their own visit.

A year after opening its doors, the Sesimbra Maritime Museum received an honorable mention and two awards from the Portuguese Museology Association at the Museum of the Year Awards,  thus recognizing the work carried out by the City Council, in partnership with the fishing community, which greatly contributed to making this museum a reality.