Built in the fifteenth century by the seafaring and fishermen's corporation of Sesimbra, the Chapel of the Holy Spirit was used initially as both a chapel and a hospital. In 1755, the earthquake caused considerable damage to the building, which remained closed until the middle of the twentieth century, when it reopened as a Municipal Library.

In the 70's excavations revealed the structures of the old hospital, drawings of old ships on the walls, coins, clay pipes, among other objects, which prompted its total recovery in the beginning of the 21st century . 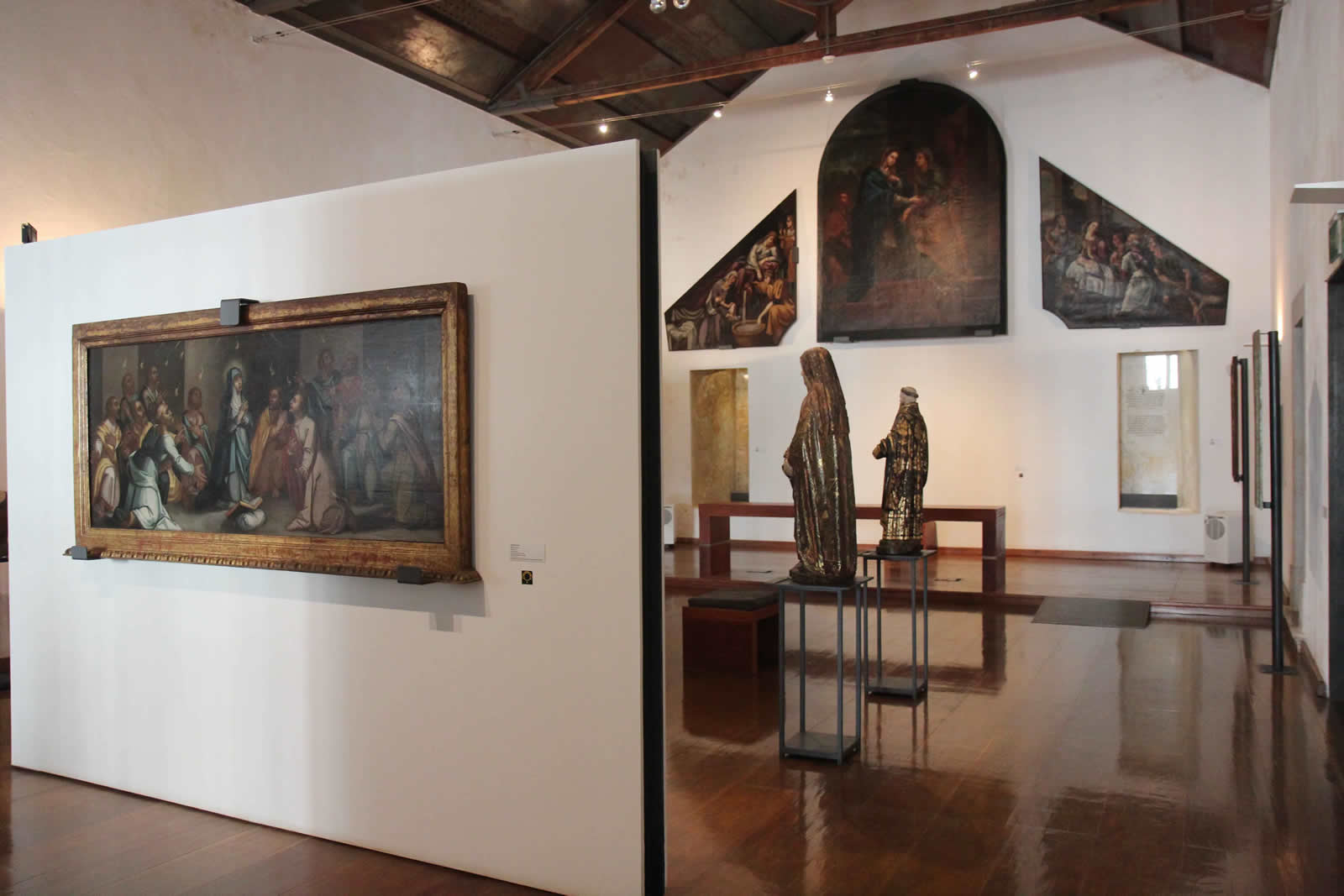 After the work carried out by the City Council, in partnership with the Directorate General of National Monuments and Buildings, the Chapel was inaugurated in 2004 as a museum center, which houses a valuable collection of sacred art with paintings and sculptures, among which stands out the painting of Nossa Senhora da Misericórdia (Our Lady of Mercy), accredited to sixteenth-century Gregorio Lopes, which underwent conservation and restoration work between 2014 and 2015, together with the museological reconstitution of the old hospital.

There are, therefore, good reasons to visit and learn more about this important museum.

In the 70's, the Chapel underwent excavations that revealed the structures of the old medieval hospital. In addition to coins, clay pipes, among other objects, drawings of old vessels sketched in black on the stucco of the walls were discovered, testimonies of great historical and archaeological value. All these findings prompted the total recovery of the building in the beginning of the 21st century, making it one of the best preserved in Europe. 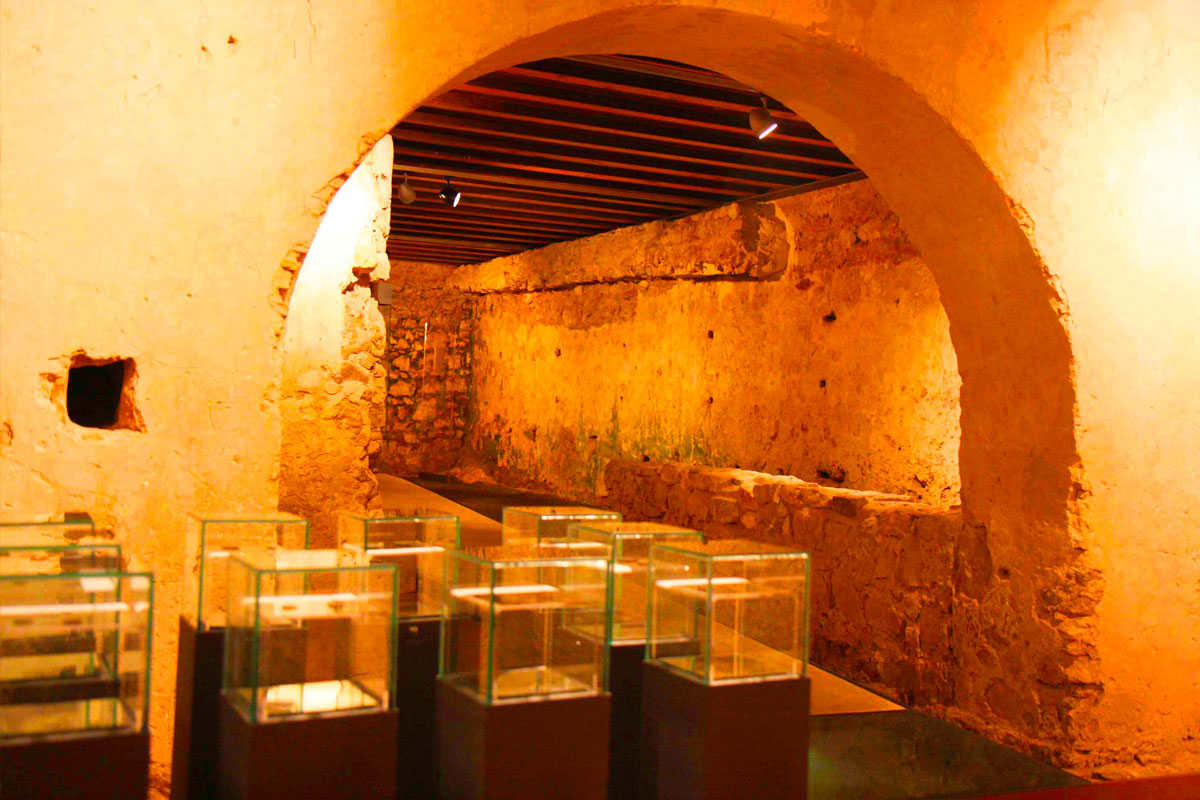 Our Lady of Mercy

Created in the first half of the sixteenth century and accredited to the painter Gregório Lopes, this painting is an important specimen of national art and represents a heyday period that also marked the municipality. The composition shows a rich polychromy, with Our Lady of Mercy appearing in the center on a column resting on the Eucharistic virtues, holding under its cloak the various sectors of the spiritual and secular sixteenth century society. 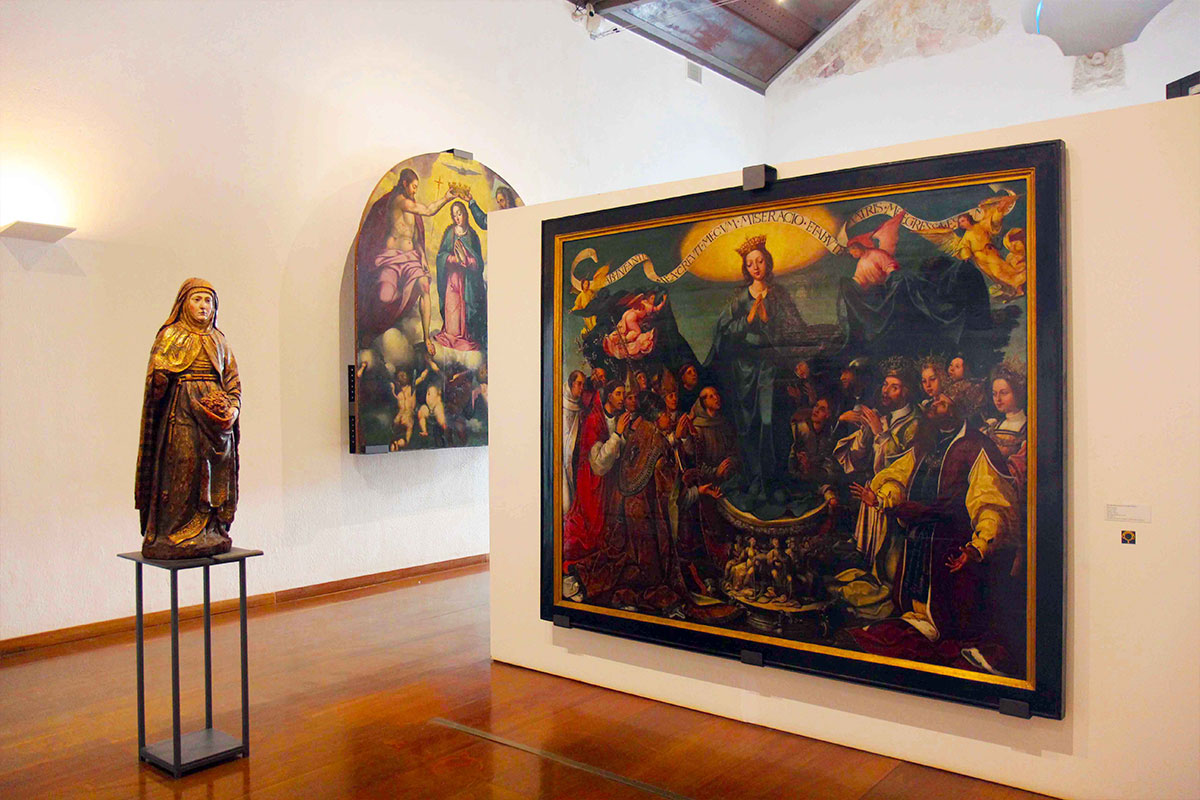 Gothic style sculpture dating back to the 15th century. It was on display in a small chapel for devotion to this saint, protector against pests and patron of the military, abandoned after the eighteenth century. It is an image with a delicate anatomy and a full head of hair wrapping the face of a teenager. It has rosy flesh and a small closed mouth, revealing on the torso and legs, ten holes where silver arrows are lodged. 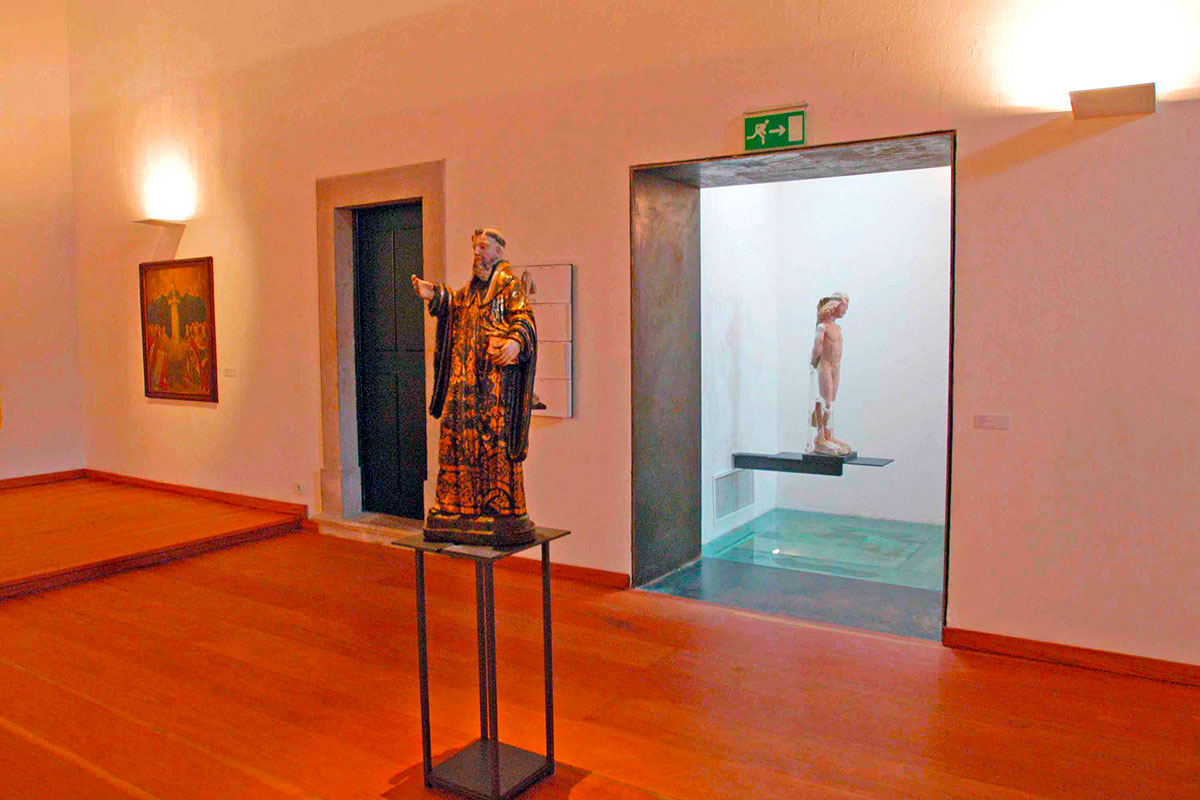 Coronation of the Virgin

Oil painting on canvas painted between 1615-1619 by the Portuguese school. It is accredited to Amaro do Vale, who will have projected it for a church in Lisbon. It was brought, however, in 1878-1879 to the church of Nossa Senhora da Consolação do Castelo (Our Lady of Consolation of the Castle). The Italian influence is noticeable with the panel centered on the image of the Virgin surrounded by the three figures of the Holy Trinity, the Father, the Son and the Holy Spirit, over a lower plane of delicate angels. 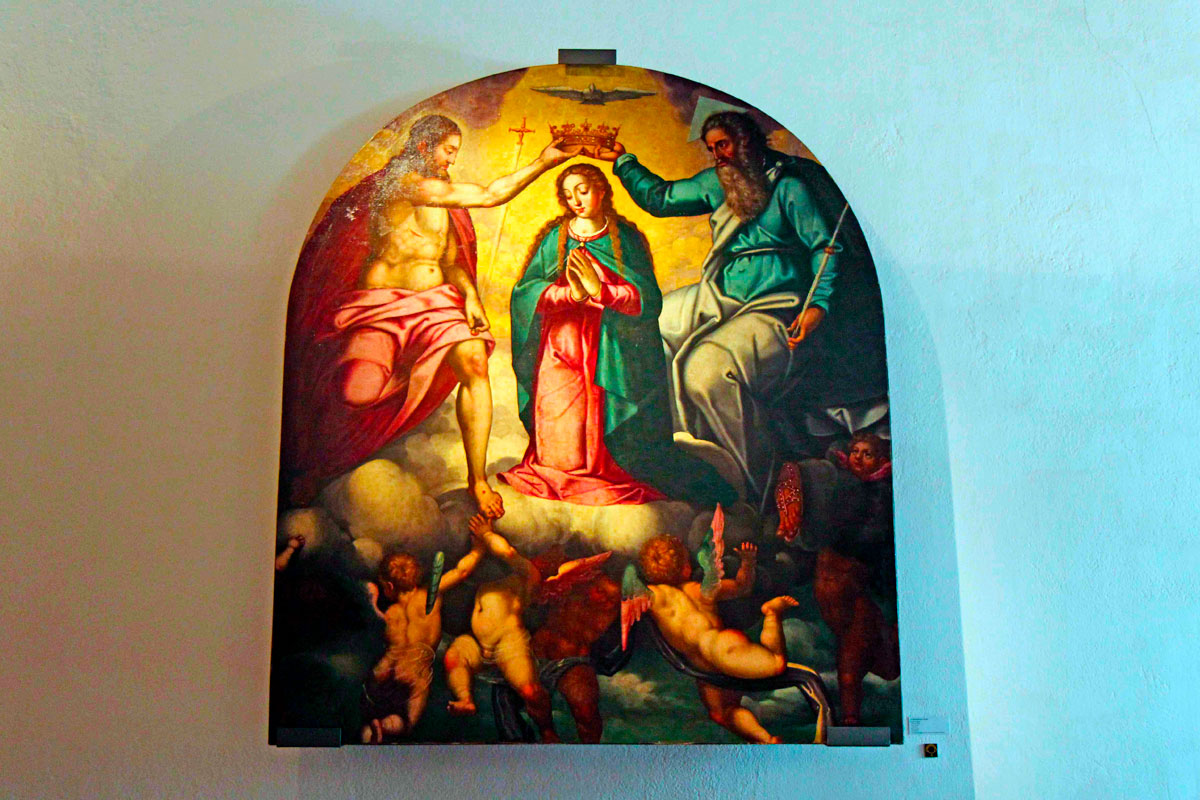 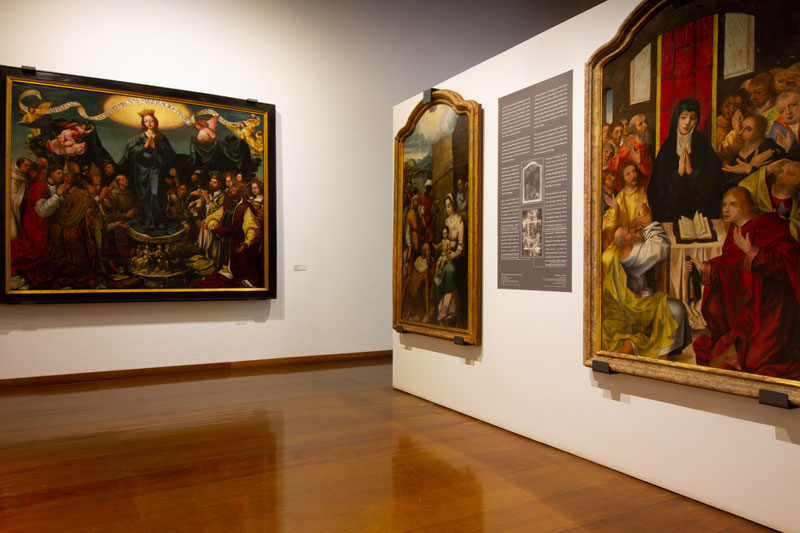 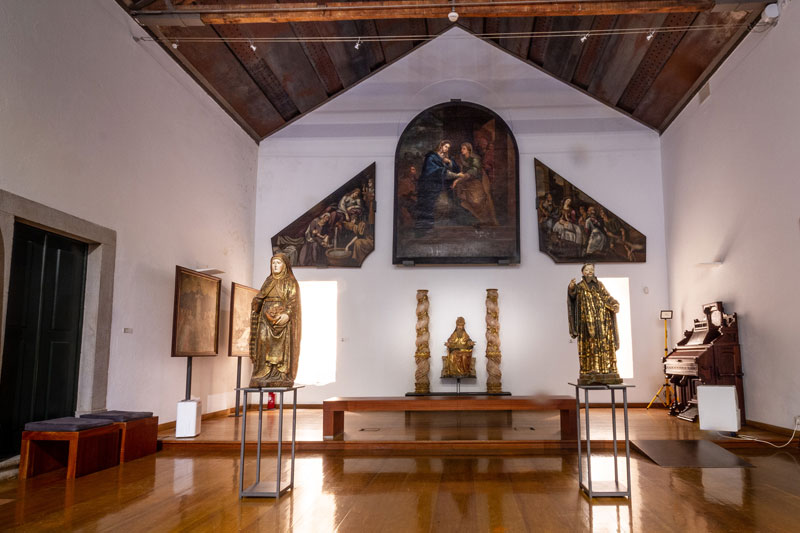 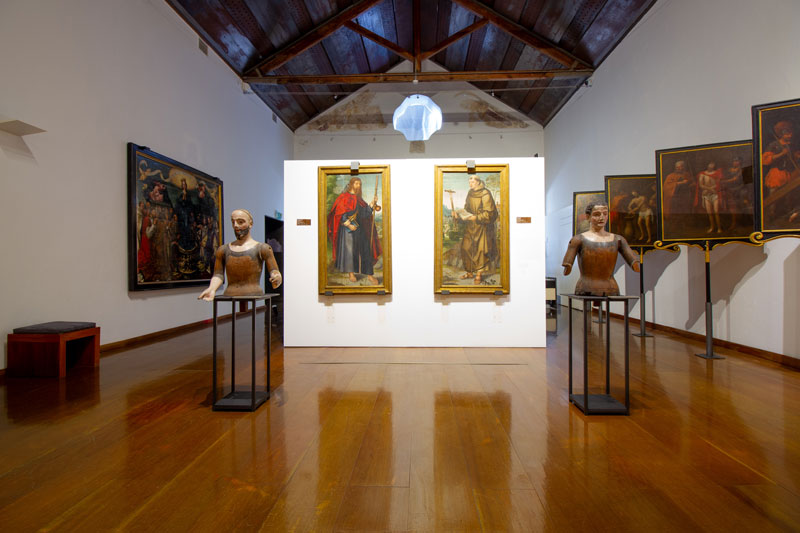 With a century of history, Sampaio Milling is a milestone in the industrial and technological development of the municipality. A white rectangular building with reddish doors, it was initially used as stable and later adapted for milling grain which arrived…